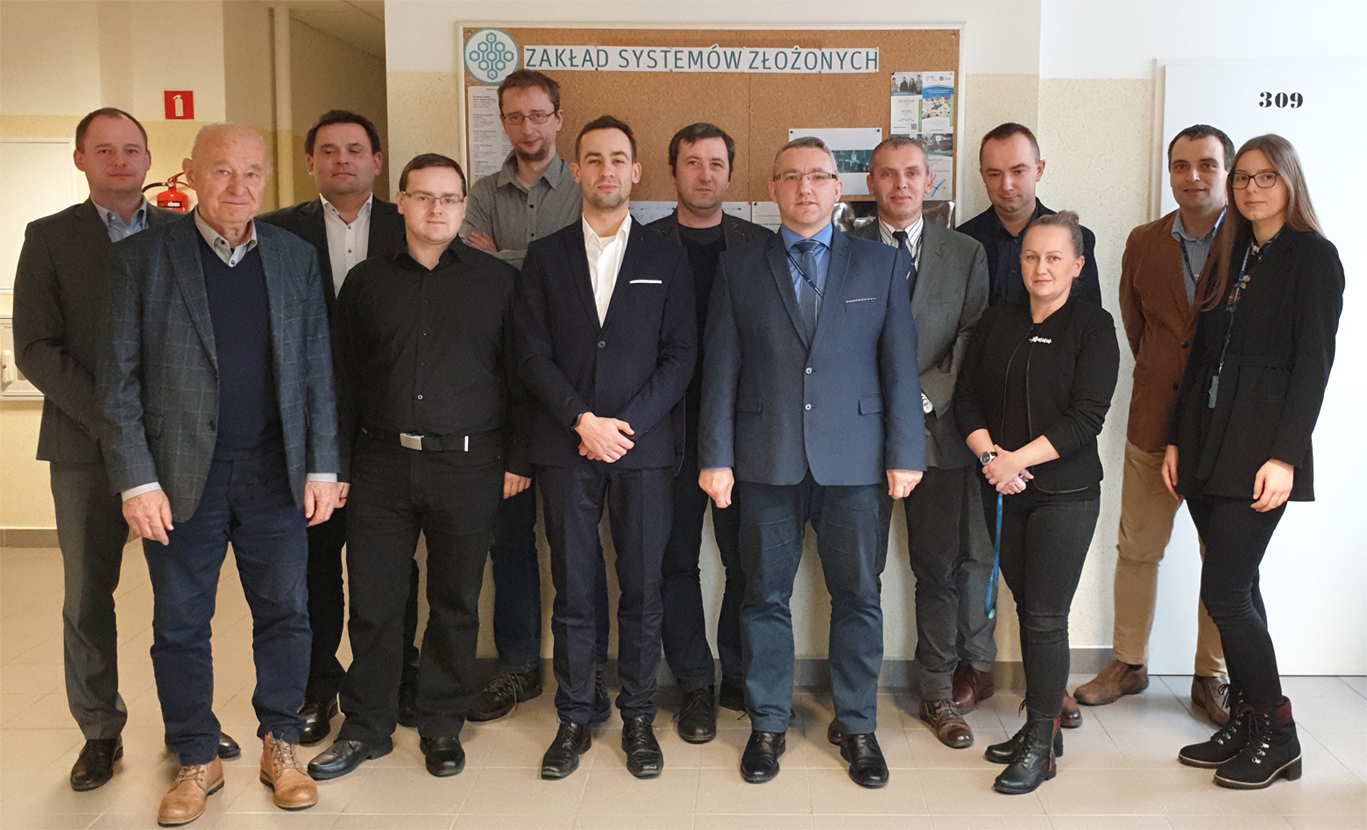 Welcome to the website of the Department of Complex Systems

In 2000, a large computer lab was opened in room E51 (45 computer workstations), and in 2001 the name of the unit was changed to the Department of Distributed Systems; it was mainly related to the dynamic development of computer science and significant progress in the field of distributed systems and computer networks, which at the turn of the century became the leading IT specialization. Essential elements of the Department's work were: launching a specialized operating system laboratory covering 16 Sun Blade UltraSparc III units in 2003, establishing cooperation with Oracle Poland as part of the Oracle Academic Initiative in 2004, launching the local "Alcatel Academy" - a modern network laboratory in 2005 year, the beginning of cooperation with IBM Polska (commencement of regular trainings for PRz employees and students), launching the local CISCO Academy in 2009. The year 2009 was special for the development of the Department, 5 assistants obtained a Ph.D. degree.

In 2012-2015, the Department organized the first Computer Science Olympiad at the Faculty, the first Oracle Academic Day conference as part of the Oracle Regional Academy and launched a specialized laboratory of modern IT techniques under the patronage of Asseco Poland S.A. In 2017, a modern Virtual Reality laboratory was launched, in cooperation with G2A.com. A year before, the Palo Alto Networks Academy was founded. It was the first academy of this type established in Poland.

On September 1, 2015, according to the Regulation No. 28/2015 of the Rector of PRz of June 30, 2015, the changes in the Faculty organizational structure were made; the Department of Power Electronics, Power Engineering and Complex Systems was merged from the Chair of Power Electronics and Power Engineering and the Department of Distributed Systems. The head of the new unit was Prof. PhD. DSc. Eng. Kazimierz Buczek. The cooperation between these two units lasted until June 1, 2017, when the Department of Complex Systems was created. The establishment of the Department was the Faculty response to new challenges emerging in the field of systems convergence, the Internet of Things, Industry 4.0, the steadily progressing evolution of systems towards complex systems.

On November 27, 2017, according to Regulation No. 69/2017 of the Rector of PRz at the Faculty of Electrical and Computer Engineering, the Department of Acoustics was incorporated into the structure of the Department of Complex Systems. The head of the unit in the period of 1992-2015 and from 2017-2018 was PhD. DSc. Eng. Franciszek Grabowski, associate professor of PRz. From September 2018, the new head of the department is PhD. Eng. Dominik Strzałka.

Throughout its existence, the Department was primarily focused on conducting research and didactics in relation to broadly understood computer systems and networks in the field of design, construction, administration and management. The Department specializes in systems and computer networks at Bachelor degree studies and the specialty of ICT systems at the Master degree studies.